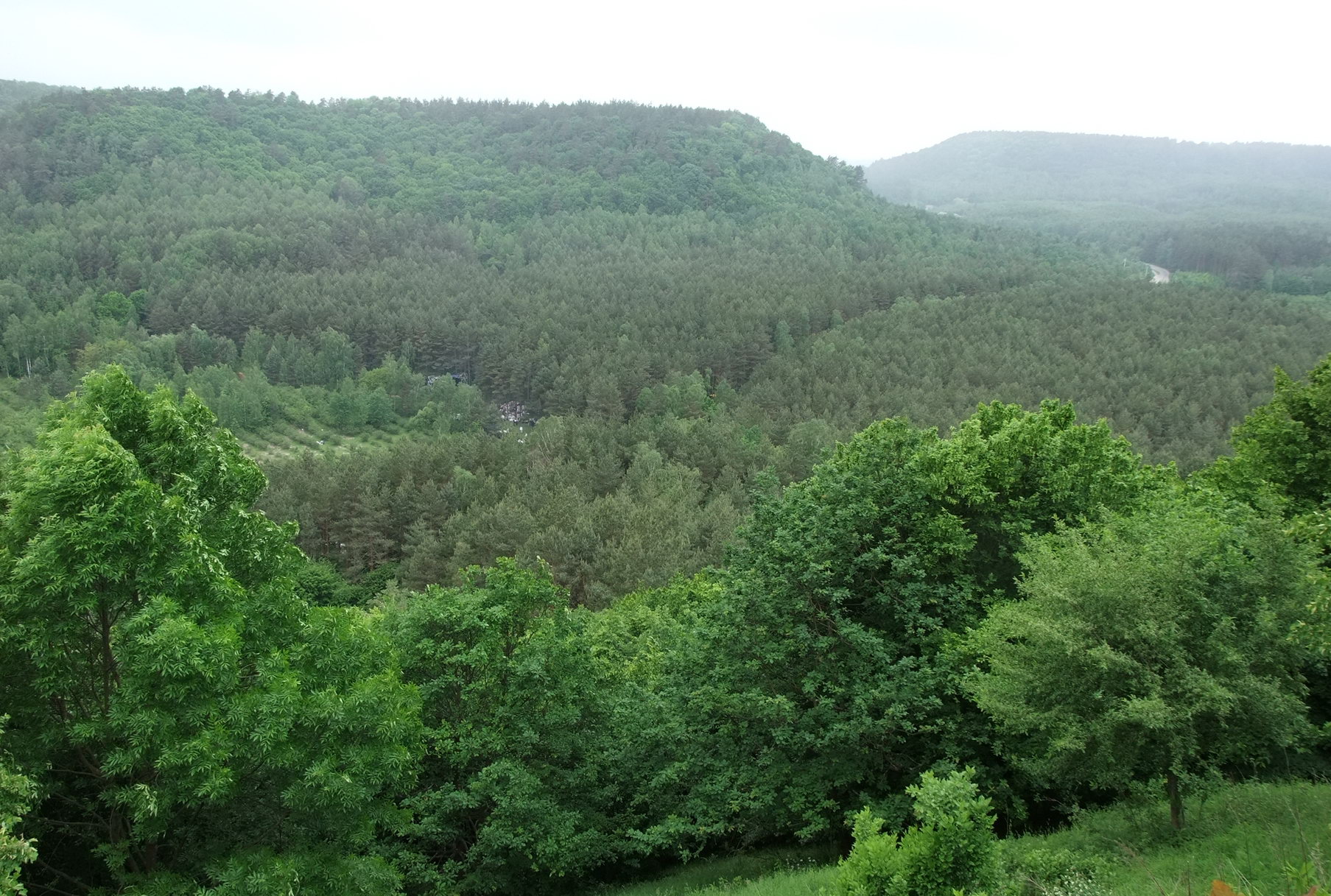 It is the sight of the nature of the local value (358 m). It has steep slopes; its summits are partly covered by an oak-hornbeam and by a pine-wood. There can be found a church of Saint Trinity (Triitsia), built in 1651, and the traces of the annalistic city Danyliv (the XIII century). The mass celebrations of Saint Trinity are being held there. Beginning from 2006 a festival “Bratyna” is dedicated to them.

Locals have a special attitude toward the church of Trinity which was cherished through ages. From generation to generation one legend is being told among local inhabitants about the time when in the luxurious forests near-by present Stizhok up to the middle of the XV century were princely, and afterward royal hunting lands. The prince of Galychyna and Volyn Roman Mstyslavovych liked to hunt in these places. Exactly on this place in 1201 he got the news about the birth of his first legal heir Danylo Romanovych.

On the place where he heard the good news, on the top of the mountain, the prince ordered to lay the Danyliv fortress. It had three concentric walls. Each wall was an insuperable line of resistance. In the center of the stone the church of Saint Trinity was built, and at the foot, there was a small town of Danylivgrad.

In the time of the dark ages, the church of Trinity often executed defensive functions as well as the ritual ones. The location was the mountain looking, thick vegetation around converted a temple into a stronghold place. A chronicle reports that in 1241 Danyliv was one of the small numbered townships well fortified that even khan Batyi was not able to take by assault. Danylivgrad existed for more than half of the century has left the mention of itself in the name of a Danilivka hamlet. And the church of Saint Trinity served people up to the bolshevists’ arrival who closed it for 70 years. The second life the cult building got in 1989.