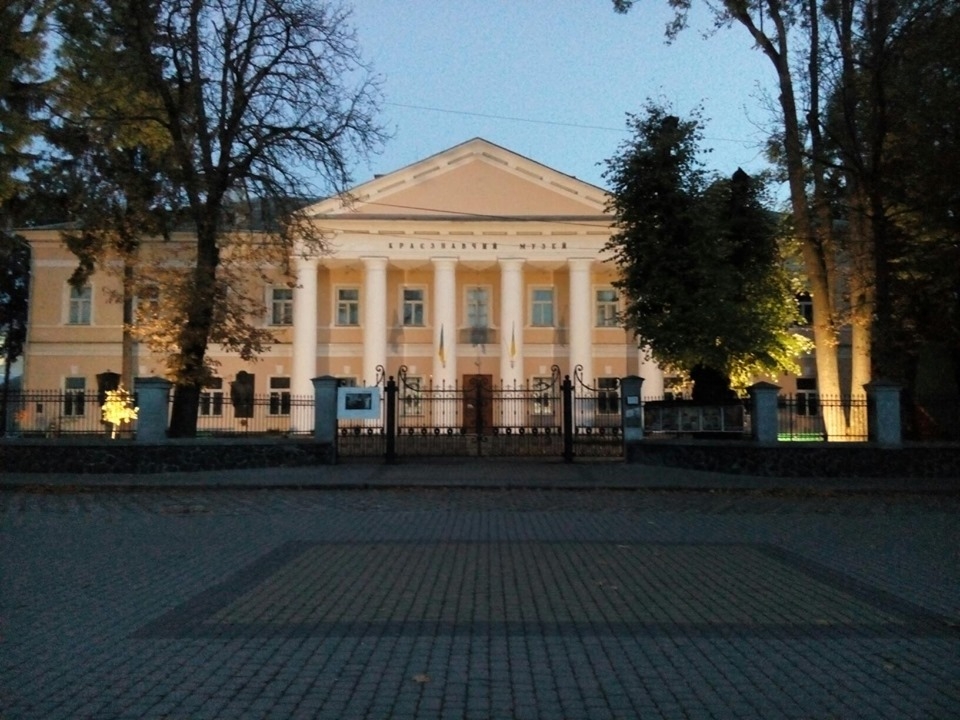 The First Rivne museum was opened in 1906. In the years of the Second World War all exhibits were taken out to Germany. In 1944 the museum preceded its work. It collected, kept and imagined materials about the history of Rivne area and natural features of the region.

A museum display was opened in December, 1978. Today in the establishment almost 140 thousand exhibits are proposed and kept. These are archaeological, ethnographic, numismatist, natural collections, documents, rewards, personal things of the known figures of the region.

In the museum many sights of the ancient Slavic period are collected, being found during excavations in the Rivne region. Among exhibits there are the fragments of tablewares, made from clay in VI-VII centuries, and also made on a potter’s wheel. There are hunting amulets (teeth of the killed animals, untilled, but with the special opening), women jewelry of that time.

Among the amusing pieces of display there are the portraits of Dorogobuzh princes on original leaden seals, silver decorations which probably belonged to the women of noble families, gold finger-rings, and weapons found during excavations. Besides, visiting the exhibition, it is possible to imagine, what style of clothes was popular in the time of princely Volyn. The reconstruction of the clothes of its possessors is also demonstrated here. In the display there is also presented annalistic Dorogobuzh. Indeed, it is presented in as a model which represents princely opposition of the Riurykovych family.

The special place in the museum collection belongs to the works of the Volyn icon-painting, the articles of Cossack days, the collection of starodruky, and the works of well-known European sculptor Tomash-Oscar Sosnovskyi, who was born in Rivne region.

Annually the museum funds are filled up with new receipts, which are the result of scientific expeditions, collaboration with old-timers, collectors, researchers of this particular region. This best monument of architecture of XIX century with a right placed the historical and natural acquisitions of Rivne region in its halls.

The oldest Ukrainian icon, painted in XIII century, the famous Bogorodytsia Odygitria is kept in the Rivne regional museum.