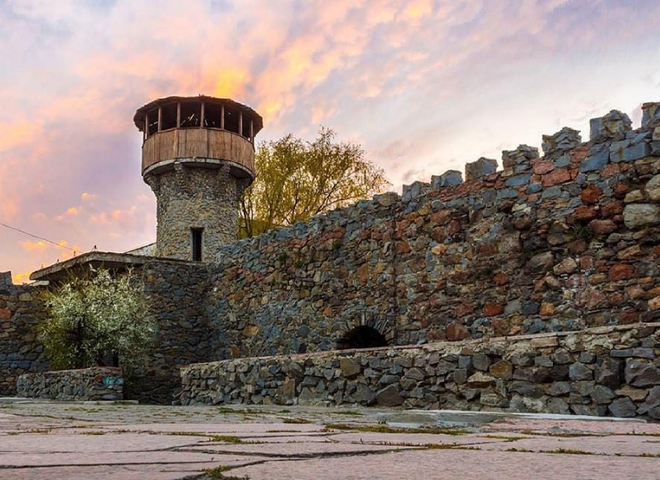 The town was first mentioned under the name of Vozvyahel in 1256 in Galician - Volyn chronicle. A year later, because of its inhabitant insubordination, it was burned by the armed force of Prince Daniel Galician. Recent excavations of the settlement on the right bank of Sluch, described at the end of XIX century by Vladimir Antonovich, gave the possibylity to determine the location, size and life peculiarities of this ancient city. New setlement appered after many years on the left bank of the steep Sluch. In the first half of the XV century. it is mentioned as a village of Zvyagel, and in 1570 as a town, consisting of 161 houses. A fortress built in 1507 by the order of Prince Constantine of Ostrog became the core of the new settlement. In the immediate vicinity of the castle, which was a part of the fortress, the marketplace is located, as well as few streets, a princely palace and a Church. In 1620, in Zvyagel there were five streets and two suburbs with the total number of houses 403.