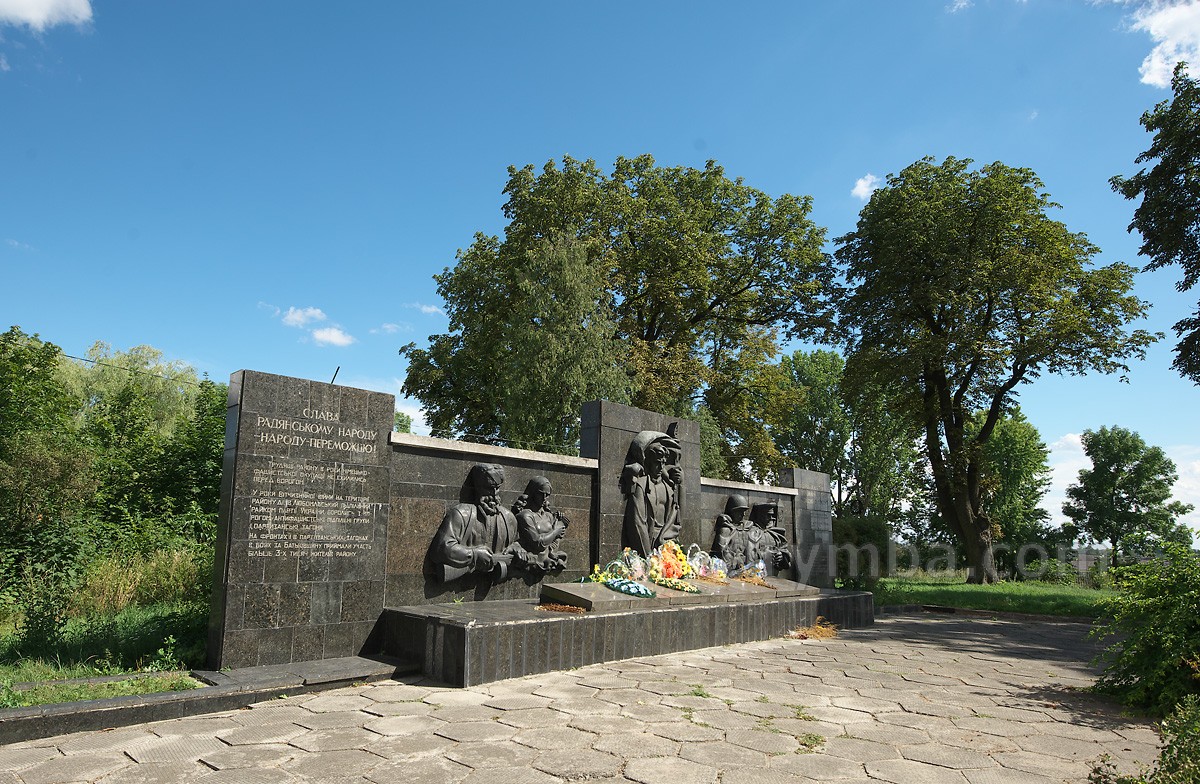 Zamchysche settlement is the monument of archaeology of national value which takes its place in a town Liuboml in Volyn region. On his territory there is the castle mountain, built in the XIV century in a place of “dytynets” of annalistic Liuboml. Locals name the hill “Fosia” from the Latin word “fossa”, which can be translated as a ditch.

The first documentary mention about this stronghold is dated to 1392. At that time Polish king Vladyslav Yagailo signed in a local castle a document about the grant of the Magdeburg right to a city Kholm. Because Yagailo visited Liuboml repeatedly, in 1409 he built here the wooden church of the Saint Trinity, giving in such a way privileges to Liuboml, and, possibly, even the Magdeburg right. Polish named a mountain Yagellonska.

The Polish researchers of a particular region of the first half of XX century specify that a castle was wooden and was built by Alexandra, a sister of the king Yagailo. In the cave of the fortress at the beginning XX century Jews held their cattle. In the period of war of 1941–1944 German occupation power concluded in the cave different prisoners, and the first victims were shot up on the castle mountain. After the war there was a composition of boundary detachment, and later on – a point-of-sale base.

In 1925 (1923) on the castle mountain Polish state power put a stone monument-obelisk as the memory of the battles under Griunvald in 1410, as according to a legend from Liubomlsk castle there was a detachment which militated there. With the arrival of the Soviet state power in 1939 the monument on the mountain was destroyed. Later, at the beginning of 60th of XX century from the western side there was built a wooden bridge. On the top of so called “Zamchysche” a dancing ground began to work.

In 1967 on the place of Polish monument there people started to build a monument on honour to the Soviet state power fighters, and in 1968 the granite obelisk was made. In 1970th on the overhead ground of the mountain the Memorial of Glory was opened and the warriors of the Red Army were buried there.

In 1969 the site of ancient settlement “Zamchysche” as the monument of archeology was taken under the state guard. Legends have it that there is a subterranean passage starting somewhere under the castle mountain.