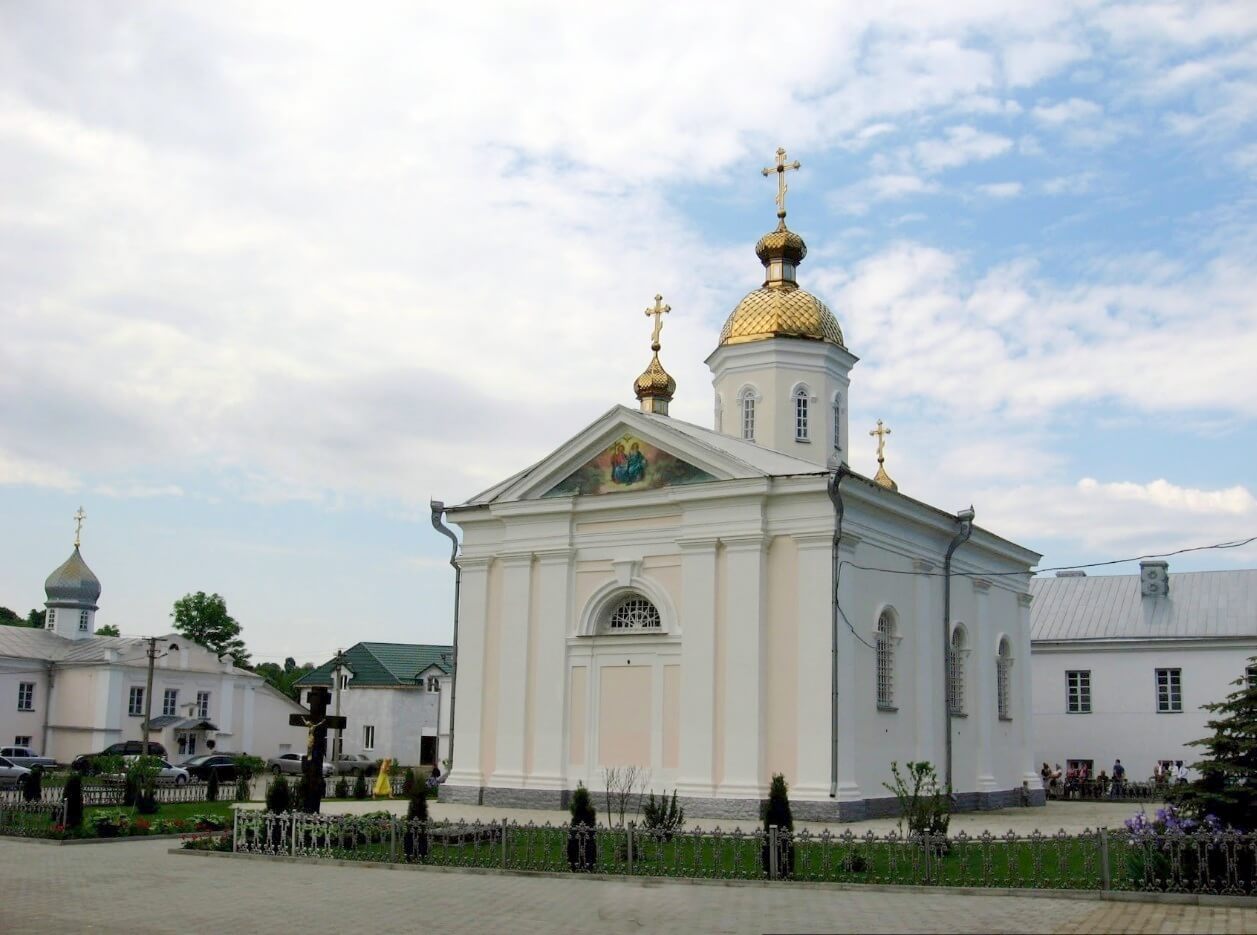 Pearl of v. Derman' is Dermanskiy Holy-Trinity monastery (1499 ) - one of the centers of Slavic culture in Volyn’. As small fortification monastery was founded Foundation Basil Ostrog, the owner of the land. of slavonic culture on Volini. As a small strengthening a monastery was founded of Vasiliy Ostroz'kiy, the owner of these land. From the description in 1571 it is known that building, surrounded by defensive walls with battlements and equipped internal bypass wooden galleries, small masonry fort gate-tower, hoist bridge over a deep trench from the east. In the monastery courtyard stood a wooden Trinity Church and other brick and wooden buildings.

From 1575 on invitation of Prince Kostyantin Ostroz'kiy the known first printer Ivan Fedorov lived and worked in Dermanskomu monasteries. In 1602 there was founded a school, and in the 1604 - printing -house. Thus a monastery-fortress in Derman at the beginning of the XVII century became one of hearts of education and book-printing on Ukrainian. At this time, still more ancient wooden framing either one-roofed masonry built Trinity Church. In 1828 the monastery was a fire that destroyed the roofs of buildings, inflicted heavy losses on the whole complex.

Among a number of buildings that now make up the complex, the oldest is a five-tier Gate tower-tower (XV c.) Balances with loopholes lancet end, found during research sites, showing that architectural and stylistic decision she had gothic features , common at that time in defense plants of Volyn’.

The second evidence is found in the description of the Derman Monastery in 1776 while taking in the monastery rector Bishop Maximilian Chelm snout "of icon long shining of grace and wonders. This grace is undoubtedly marked and the present time.