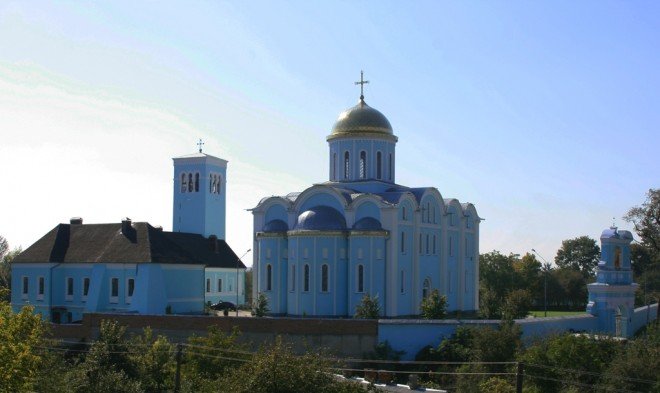 Scientists suggest and some even strongly argue that Rus Baptist Prince Volodymyr the Great was born in Volyn. The fact is that at once Princess Olga sent the housekeeper Malusha away from Kyiv. The place of her exile and the birth of the son Prince Svyatoslav became the Volyn land. Likely the homeland of the Rus Baptist was the present village Budyatichy. By the way, its name depicts its ancient history (linguists consider it archaic). From the sentiment of Prince Volodimir in Volyn remained the names of cities and sacred buildings (this historical mark is logical for the Rus Baptist).

The Prince Volodimir the Great was a noble commander. One of the pagan cities that he conquered, became Ladomir. The Prince named it with his name - Volodimir. Today the city is known as Volodimir-Voynskiy. Under the reign of the Rus Baptist it was situated at the crossroads of important trade routes, and so for, the military forces were focused here. Eventually, the city became the capital of Volyn land.

Now its princely past times can be seen in State Historical and Cultural Reserve "Ancient Volodimir" (created in 2001). It integrates six monuments of national importance:

Settlement (earthworks) is the powerful fortification with a moat and ramparts up to 10 meters. Even today these walls can be admired. The Kremlin area was 3.1 h., and the city reached 50h. The first to reign in the city was the Prince's Vladimir son Vsevolod.

Complex of Uspenskiy Cathedral (1156-1160), which in 1170 becomes the residence of the bishops of Volyn. Here Roman Mstislavovich who started in 1199 Galicia-Volynia is buried;

Cathedral of the Nativity and unique architectural monument - an eightpettled per plan Vasyliv Church.