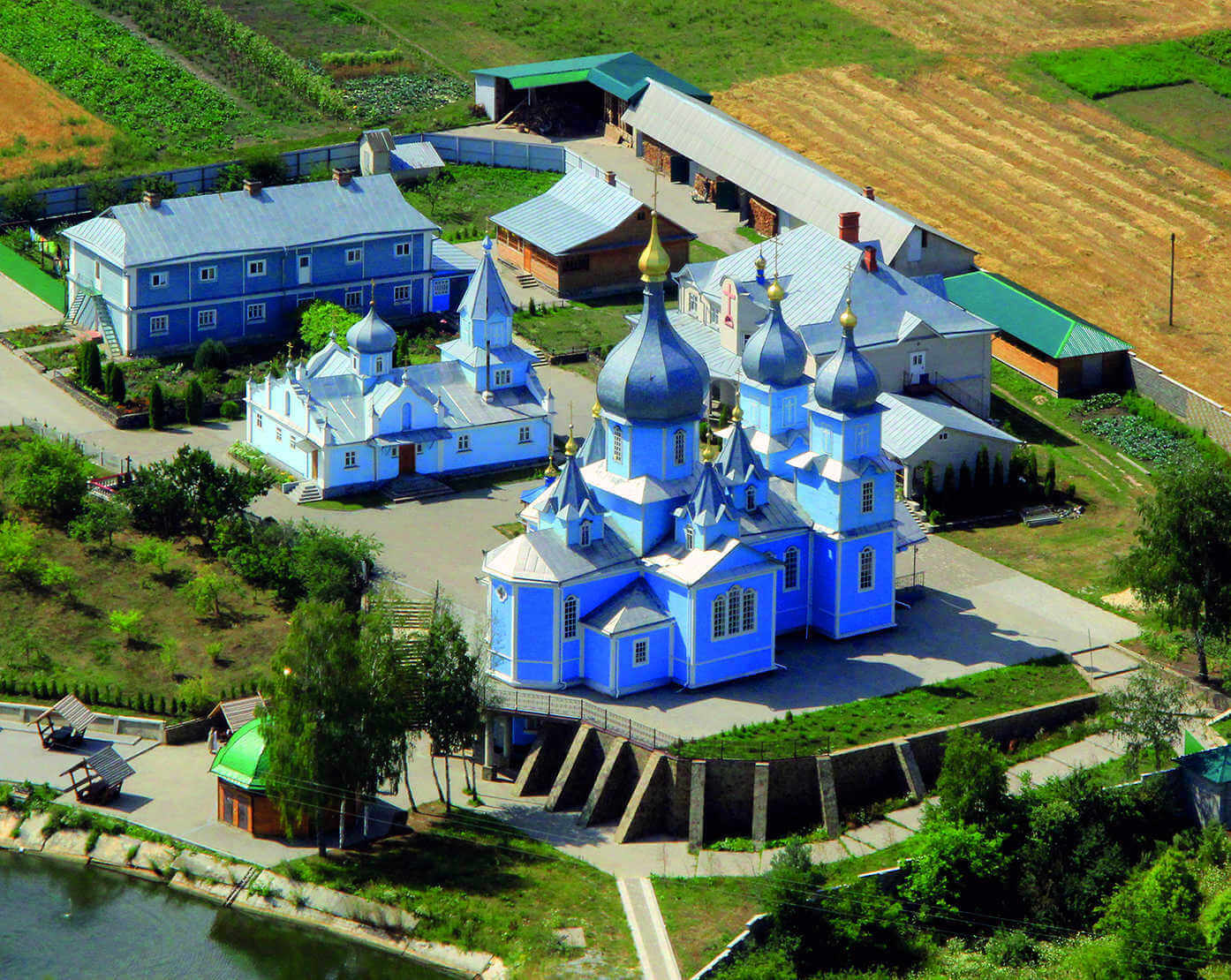 Interesting pilgrimage is to Lypky Uspensky Monastery. It was officially opened in February 27, 1992. In 1997 it was built two-storey house for ecclesiastical brethren. And in 1999 it was elevated to another house into four apartments. In the same 1999 unfolded construction of a new grand temple in honor of Our Lady Zhivonosny source. Work began with the source: it is built a new add-on, which is well and two bath rooms. In the massive foundation laid temple.

Already in autumn 2000 frame church was topped domes. Now the church holds worship services. Golden Lypky monastery revived for the third time in one and the same place - in place of the so-called "Hotsovoyi church."