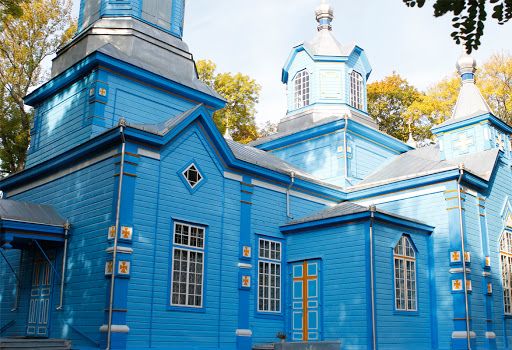 An excursion to the village of Viliya will also bring pleasure to believers. Here there is a chapel built on the site where they found the miraculous icon of the Virgin of the Sign. There is a picture that depicts a resident of the village of Viliya Domnu in a Ukrainian national costume, which was characteristic of the area in the late XIX and early XX centuries. The miraculous icon itself is kept in the church above the Royal Gates. Around the church, stone crosses are buried around the perimeter, one of which dates back to 1780, although the church itself was built in 1905