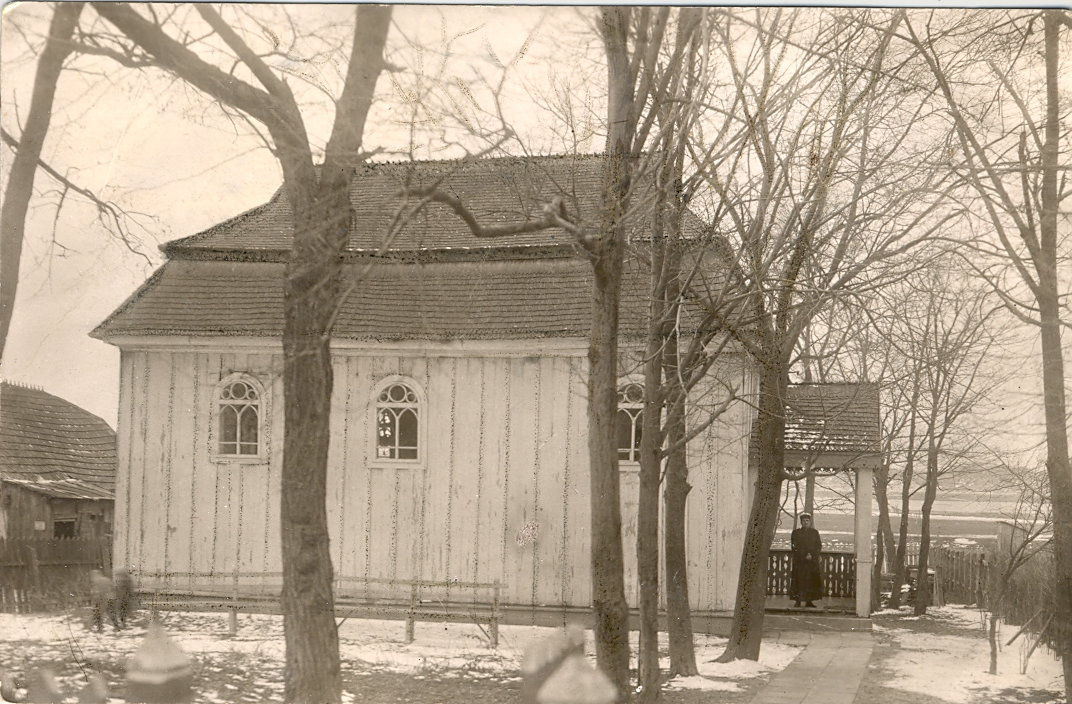 On Zhydivschyna (south-western outskirts of the Old Town, which in the Middle Ages was inhabited mostly by Jews) is a street Karaite. Its name comes from living in the outskirts of the city since the beginning of the XV century. Karaites. These descendants of the ancient Khazar brought to Lutsk Grand Duke of Lithuania Vitowt from one of his Crimean campaigns. Karaites settled down in the city well, engaged in crafts and trade, contributing to its economic recovery. Number of communities ranged from 20-30 families.

Back in the 70's at the house at number 24 was kept Karaite temple - kenasa. This small rectangular building with ark windows and porch, indoor four-roofed hall burned in accidental fires.

Several years ago about one of the Karaite blacksmiths XVIII. recalled his example products and tools, which joined the local fund of historical and cultural reserve.