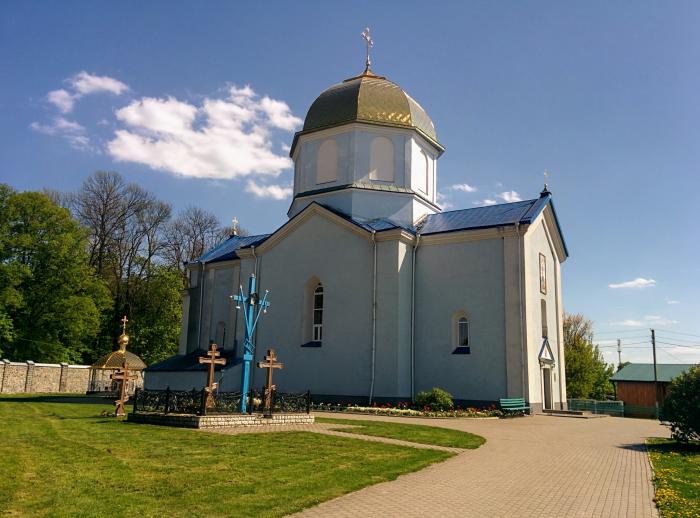 St. Michael Church in Hoshcha is unusual because of its multi-architecture palace type. It was built in 1638 on the initiative of Ukrainian nobleman A. Kiseplia, one of the founders of Kyiv - Mohyla Academy. Champion of orthodoxy Kyssil strongly helped by the existence of the temple and monastery orthodox school, which obey the Kiev Academy. In the XIX century temple moved to the Uniates, then was returned to the Orthodox Church. Every time it was rebuilt, but it didn’t lose its expressive features.

In decorating of the temple elements of Renaissance and Baroque are combined. In the sacristy of St. Michael Church the Portrait of the founder Regina Solomyretska-Hoyska is remained. In 1857 the congregation built a tower. During this long age the church has undergone many renovations and reconstructions, but retained its bell tower, almost original form, and it attracts today.