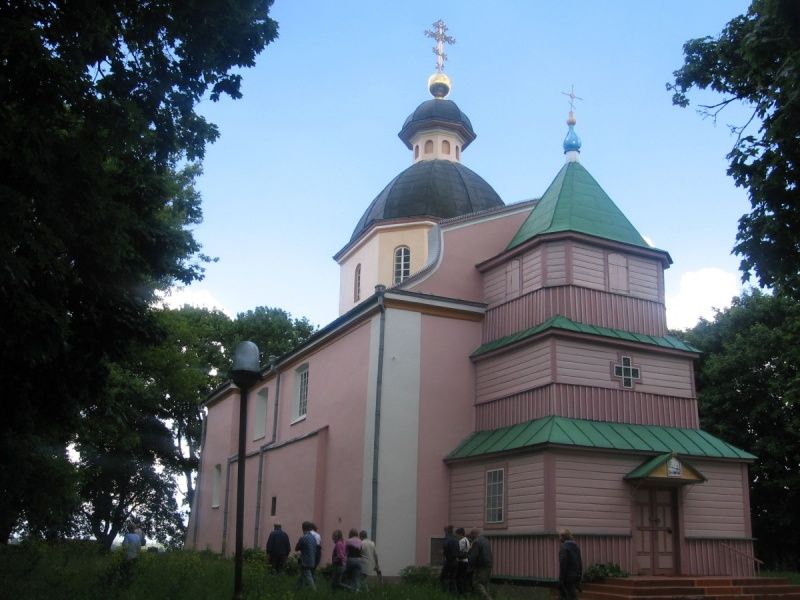 Today Dorohobuzh is a small village in Goshcha district of Rivne region. And before it was the capital of an independent principality. There ruled the grandson of Yaroslav the Wise - David Ihorovich. Anyone who accidentally or intentionally gets in Dorohobuzh shoul ask about its princely past, he should visit the Church of the Assumption, laid there by the rulers.

Dorohobuzh Holy Assumption Church. XVIth century architectural monument of state importance that is a unique work of Ukrainian architecture of XI-XII centuries. Built of stone, fenced by a square low brick wall. It is known that in the XI th century here existed the Orthodox Monastery of the Assumption , which was destroyed by the Tatars. Subsequently prince Ostrozkyi restored this building. From 1644 to 1834 the monastery was in the Bazylian, Jesuits and Greek Catholics possession. In 1786 the Greek-Catholics had completely rebuilt an old church with a noticeable desire to give it "Latin features." Architectural appearance of the building is laconic in the construction of the three-dimensional parts as well as in the external decoration.

There is a suggestion that in the basement of the Assumption Church Hanna Hoyska who became the founder Pochaiv monastery was buried,. She gave as a gift a miraculous icon of the Mother of God, obtained from the Greek metropolitan Neophyte. This church relic is the pearl of Ukrainian art - the icon of the Dorohobuzh Mother of God (XIII c.) is still in the Rivne regional museum.